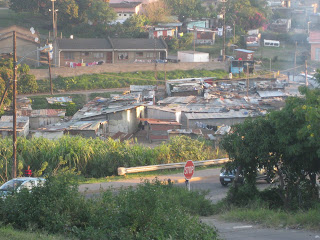 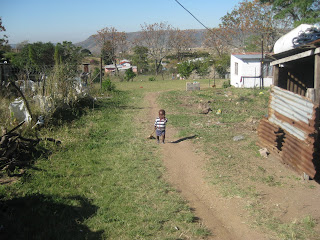 - We woke the next morning to a “bed and breakfast” setting with a communal feel. European in nature, this little slice of heaven woke my spirit for the new day. I slept deeply and recovered vigor for the day ahead. We were picked up by Reward and made our way to a coastal town to meet up with African pastors for a morning leadership conference. I wasn’t expecting much, but the speaker, Rob Parsons, was talking to me as if I were the only one in the room. He spoke of leadership and the pangs and pleasures associated with the calling. He was from the U.K. and was the founder of a ministry called “Caring for Families”. I was caught of guard with his storytelling and truth-telling.

- In the afternoon, we ate a quick lunch and made our way to the biggest of the 3 Durban Carepoints led by a woman of great vision and vigor, Zuna. She started a ministry for abandoned and vulnerable children all on her own and had only recently been introduced to Focus on the Family and Children’s HopeChest. Her dauntless hope for her community was inspiring. She had, over time, assembled community officials and a small army of women foot soldiers serving the abandoned children with abandon. When we arrived on the premises, we all gathered in a backroom/kitchen on little wooden chairs as she shared her vision and introduced us to her humble staff of volunteers. It is always humbling to stand in the presence of obscure greatness.

- We made our way to a small room filled with preschool children eager to sing us songs and smile for our cameras. Their innocence shone from their little eyes. I picked a few of them up and kissed their oily ebony foreheads. They danced a traditional Zulu dance and dazzled us through and through.

- The dusk wasn’t far from settling so we had to rush to the nearby gardens planted under the vision of this Matriarch. Rows of vegetation green and lush cascaded down the hillside. It is interesting that though many are starving and desperate all around, not one thief will dare touch this plot of land knowing that all the food is for the children. Amidst a cesspool of distorted values, this value of children is esteemed by even the most famished of criminals. I walked the garden thanking God for the kind of night-vision displayed by the leaders of this Carepoint.

- We were running out of daylight and still had to visit a third section of this Carepoint where the older students waited patiently to put on a production of sorts. Nearly 150 of the most well mannered kids were abuzz as we entered the gate to the old warehouse where they were waiting for our arrival. As we walked in through the door kids faces lit up like lightning bugs on a cool summer’s eve. We stood in front of them and individually introduced ourselves. Paul, the other pastor introduced himself before me and the kids listened intently to his voice. When they heard he was from America they looked upon him and at each other like they were meeting a celebrity. I followed him and said good afternoon in their language. I then said my name was Jason to which they responded with laughter and pointing and clapping as if I told a brilliant joke or made a Freudian slip. They wouldn’t stop gasping with delight and I was somewhat dumbstruck as I made my way back to the wall letting Reward calm them down as he spoke in their native tongue jesting with them about what I said that caused such a festive stir. I later found out that Paul and Jason were characters in a popular sitcom in South Africa and Jason was the gay character. Sometimes God has such a great sense of humor.

- The children then put on a program that stirred my heart like few things ever have. They sang worship songs with melodies and harmonies that blended with the sounds and symphonies of angels.

- Tears streamed down on my face as we closed in prayer with the children. We called upon the Father of Lights to shine down on these children with hope and healing and life and love. I was undone. I literally could not stop shedding tears. It is amazing when you are shedding tears and smiling at the same time, it leads to a rainbow of beauty much like the paradox of rain and sunshine. The prevailing thought in this moment out of nowhere was: “Long live the King”. I haven’t no idea why this phrase kept echoing in my heart. We took pictures and kids flocked to me saying “Jazun, Jazun, Jazun.” In their minds I was a celebrity, albeit gay. They wanted to hug me and shake my hand. Their faces beamed with a glow of glory that I rarely see in the States. I’m still trying to figure out why.

- We had little time and headed back to Focus on the Family headquarters to meet with the whole staff. We had a wonderful dinner and gathered in a conference room to talk about HopeChest and the merger with Focus on the Family in Africa. Again, I was humbled to be in the presence of such humble greatness. They were so gracious, so grateful. It is sobering, really. Laura, the HopeChest representative we traveled with presented the ministry explaining the philosophy of the ministry and the heartbeat of HopeChest. It was great to hear it put in powerpoint, succinct form. I believe in it now more than ever.

Then, the Focus board asked us as pastors to share our hearts. I began to piece together words while my voice box was breaking with emotion. It has been hard to share without crying up to this point, but I’m sure I’ll gain my composure at some point so that I can convey the facts as strong as the feelings. I did regain some measure of stability and shared some of my joys and fears as I prepared to return to my ministry back home. I think the thing that hit me is that I would be received much like I’ve received others who have experienced great things on a trip like this. A handshake, a smile, a brief listening ear and a return to my previous existence. This thought rocked me in that moment. It unleashed much conversation among the team there that was beautiful. They encouraged me, and after we prayed to close, many of them stayed after and shared how my words and brokenness was a rebuke to how callused they’d become living right next to it with a numbness day in and day out. I feel that we each gave each other something that was valuable as we went our separate ways. I hope it is a catalyst for revolution on both ends of the spectrum. We returned to our guest house, I Skyped my wife again, felt the stab of distance from her and my girls yet another night, a fought to retire with all of these conflicting thoughts of distress and delight flooding my heart.